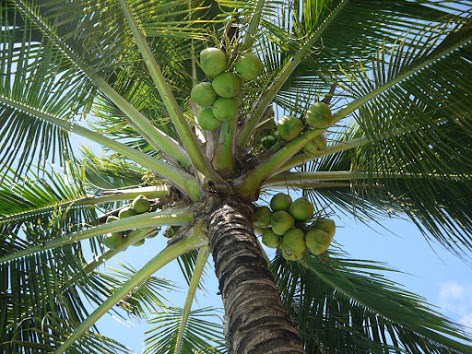 Cocos nucifera. Coconut palms are grown widely in coastal area’s. Copra, the dried kernel is the chief commercial product from coconut, which is mainly used for oil extraction. Copra normally has an oil content varying from 65 to 72 per cent. The skin or coir is used as a fuel, as potting soil and as filter material for bio-filters.

In the human body lauric acid is converted into monolaurin. [3]

Among the most stable of all oils, coconut oil is slow to oxidize and thus resistant to rancidity, lasting up to two years due to its high saturated fat content. [5] In order to extend shelf life, it is best stored in solid form (i.e. below 24.5°C [76°F]).