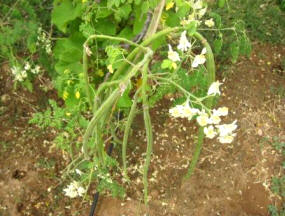 Moringa (oleifera) is the sole genus in the flowering plant family Moringaceae. It contains 13 species from tropical and subtropical climates that range in size from tiny herbs to massive trees. The seeds have attracted scientific interest as M. oleifera seed kernels contain a significant amount of oil (up to 40%) with a high-quality fatty acid composition (oleic acid > 70%) and, after refining, a notable resistance to oxidative degradation .

Interest in the oil extracted from M.oleifera, known commercially as ‘Ben’ or ‘Behen’ oil, has existed for well over a century. In 1817 a petition containing particulars relating to the oil from M.oleifera was presented to the Jamaican House of Assembly. The petition described the oil as being useful for salads and culinary purposes and to be equal to the best Florence oil as an illuminant giving a clear light without smoke. A subsequent paper presented to the Jamaica Society of Arts in 1854 described how samples of oil had been tested by two watch making establishments in Kingston and had been reported to be equal to the expensively imported ‘watch oil’. Subsequent reports indicated that the oil was used extensively as a lubricant until being replaced by sperm-whale oil. The oil was said to have unique properties being able to resist becoming rancid. However, this is not the case, the oil will eventually turn rancid – as indeed will all vegetable oils. The oil has also been reported to have been used extensively in the ‘enfleurage’ process whereby delicate fragrances are extracted from flower petals . There are references to the current use of the oil in the cosmetic industry and to its use for culinary purposes, however, there is no evidence to support this.

The first recorded study of the composition of the oil was carried out in 1848 which revealed a fatty acid with a high melting point. This was subsequently called behenic acid from which the commercial name for M.oleifera oil came. Over the years a number of different studies have been carried out to determine the composition and characteristics of the oil. The oil produced is pale yellow in colour, non-drying with a mild, characteristic nutty flavour. The seed kernel contains on average 40% by weight oil, the fatty acid composition of which has been determined in a number of studies. The table below provides details obtained from the most recent of these. The variation in composition and quantity of the individual fatty acids arises primarily from differences in the variety of seed analysed and the analytical techniques used.

As the table shows, the fatty acid composition is considered to be similar to that for olive oil and as such  considered suitable for edible purposes. More recently the oil has also been shown to be particularly effective in the manufacturing of soap ,producing a stable lather with high washing efficiency.

The presscake obtained following oil extraction may be utilised as a fertiliser. Its use as a potential animal feed has, in the past, not been recommended as it contains an alkaloid and a saponin. Work is currently being carried out to verify this and, if necessary, to determine suitable methods for detoxification. A recent finding has been that the presscake still contains the active fractions that may be utilised as a water treatment chemical.

There is no published data relating to methods by which the extraction of M.oleifera oil may be carried out on a small scale. A recent project has been initiated to determine the most effective method of extraction at both household and small scale enterprise level. The project also aims to determine the acceptability of the oil for culinary purposes.

While grain production has increased considerably in many countries over the last twenty years, the oilseed harvest has fallen dramatically in many developing countries. As a consequence, the gap between demand and production for vegetable oils has widened. This has resulted in ever increasing imports, requiring the expenditure of valuable foreign exchange, and a deficiency in many peoples fat intake. This is particularly evident in the rural areas. In most developing countries oil production is controlled by a few large scale producers normally based in the larger urban conurbations. As a consequence, when vegetable oil reaches the rural market additional costs due to transport and retailer’s profit tend to push the price beyond that which all but the most wealthy can afford.

The case for small scale de-centralised oil processing has been growing in response to the problems outlined. In 1988 the Intermediate Technology Development Group in Zimbabwe (IT Zimbabwe) began a programme to establish small scale oil processing enterprises using expeller technology introduced from India. Since its inception, 17 such enterprises have been established, 12 in rural areas and 5 in urban centres. A recent review of the programme found it to be highly successful with the majority of mills established operating on profitable basis. Many social, as well as economic, benefits were identified as having accrued from the establishment of these businesses. Local jobs had been created, both within the oil mills and the informal engineering sector, farmers had a ready market for their seed, often with cash prices guaranteed by the mill owners, and there was an increase in the quantity of oil available at affordable prices. It is within the context of small scale oil production that the real potential for M.oleifera oil lies. The fast growing, high yielding (an estimated 3.0 tonnes seed/hectare against average yields of sunflower and groundnut of 2.0 and 0.5 tonnes/hectare respectively) and drought tolerant nature of the tree makes it particularly suited to those marginal areas where the costs associated with the cultivation and harvesting of other oil crops make them uneconomic. It must also be remembered that the presscake left following oil extraction may also be utilised as a fertiliser, a potential animal foodstuff (following detoxification if proven necessary) and a source of water treatment chemical all of which provide added value to what may be regarded as a by-product.

Anon., 1904, The nature and commercial uses of Ben oil, Supplement to the Board of trade Journal, Bulletin of the Imperial Institute, pp117-120.